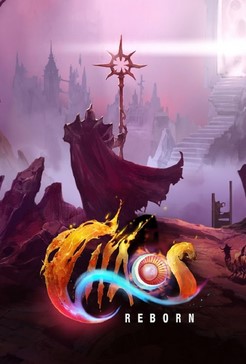 Chaos Reborn is a turn-based tactical role-playing game developed by Snapshot Games and was part funded through a Kickstarter crowdfunding campaign in April 2014. Following an early access release in December 2014, the full game was released in October 2015.

The game is a remake of Gollop's 1985 game Chaos: The Battle of Wizards. The remake includes a number of improvements over the original version including a role-playing meta game and the ability to buy equipment such as armour, staves, and talismans which give players a number of enhancements, such as extra spells and abilities.

Players take turns to manipulate units on a battle map with the objective of eliminating their rivals' most important unit, the wizard. If a player loses their wizard, they lose the match and all of their units are removed from the battle map. By casting spells the wizard can create new units, equip themselves with weapons, or directly attack another unit.

The single-player campaign and Realm Quest mode are a narrative game world map overlay linking together a series of battles culminating in a boss battle with the player(s) pitted against a wizard king unit and a wizard unit. The mode introduces both strategy game and role-playing game elements such as capturing infrastructure, sending units to a target, hiring mercenary units to accompany the wizard unit, and resolving story driven elements.

On 25 July 2016, Snapshot Games released version 1.10 adding the new features Duel Mode and Forge Crystals. The Duel Mode of play created a single one-button click method of starting a battle against either a human or AI opponent, depending upon which was available. Winning unbroken Duels resulted in the player receiving escalating rewards in the form of Gold and Forge Crystals plus, once per day, a Talisman. The Forge Crystals could then be spent in the now unlocked to all players Equipment Forge allowing many for the first time to personalise their game character's appearance and create custom Bodygear and Staffs.