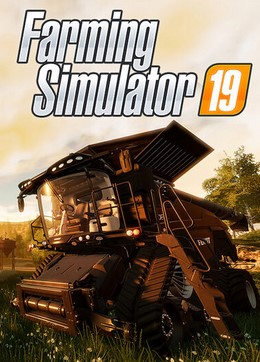 Farming Simulator is a farming simulation video game series developed by Giants Software. The locations are based on American and European environments. Players are able to farm, breed livestock, grow crops and sell assets created from farming.

Farming Simulator 19 was released on November 20, 2018. Some key new features include a redesigned graphics engine and the addition of horse farming as well as oat and cotton crops. The game also features John Deere machinery for the first time, as well as Komatsu, Rau, Wilson trailer and more. Also featuring the Brand new Anderson DLC coming on March 26.

All games from the serie "Farming Simulator"