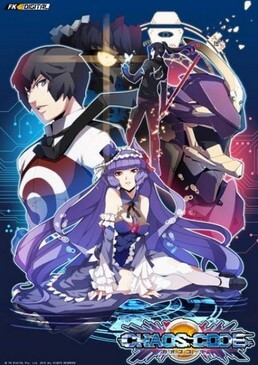 Chaos Code (カオスコード Kaosu Kōdo) is a fighting game developed by FK Digital and published by Arc System Works. The game was released for Sega's RingWide arcade system board on August 4, 2011. A port for the PlayStation 3 was first released on December 19, 2012 on Hong Kong's PlayStation Network, followed by subsequent home releases in both Japan and North America in 2013 and the PAL region in 2014.

A remastered version, Chaos Code: New Sign of Catastrophe, was released on arcades on June 6, 2013, and on PlayStation 4 and Windows on March 15, 2017. It features a new online mode and new characters. A sequel has been announced for release in arcades on 2018 in Japan.

The game uses a standard 8-way lever and four button (weak punch, weak kick, strong punch, strong kick) system. Characters can be customized prior to the fight, such as selecting two "edit special moves" from four possibilities to go along with the character's built-in attacks. Players can also select between "run" and "step" modes, placing the focus respectively on speed and technical play. The game makes use of a couple of systems that can quickly change the flow of battle:

A port of the game for the PlayStation 3 included several changes for the home release, including a Training mode, a Versus mode and a Gallery mode. This version also features additional characters, balance adjustments, new game modes, and has made the arcade version's last boss, Kudlak-Sin, a playable character. This version was first released as an online download on Hong Kong's PSN in 2012, and has subsequently also been released in both Japan and North America in 2013 and Europe in 2014.