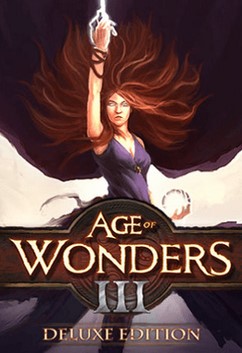 The game is set in a high fantasy fictional setting, where players take the role of a leader to explore the world, interacting with other races and kingdoms, both diplomatically and through warfare while progressively expanding and managing their empire. It features a new graphics engine for the series, in addition to an updated soundtrack. The gameplay has also been updated, featuring a new role-playing style leader class based system and interchangeable choices of strategy and appearances for each playable race. It also supports online and local multiple player modes and a level editor along with a new story driven single player campaign mode.

ge of Wonders III, like the previous games in the series is a turn-based strategy game set within a high fantasy universe where the player assumes the role of a political-military leader. Gameplay is 4X-based (explore, expand, exploit and exterminate) where players explore the world map, slowly building an empire through colonization, warfare and diplomacy with rival powers. However new to III is the greater addition of role-playing game features, where players must first choose and customize their leader, all options are dependent on the player's chosen style of play. There are six available races in the initial release: humans, draconians, high elves, dwarves, orcs, and goblins, all that will determine the race of their empire with each having unique perks and abilities. The leader and empire is further shaped by the choice from skill sets based on traditional RPG classes along with further specializations and skills to select. Each leader class also has access to their own unique units with a distinct visual look based on their corresponding race, each to accommodate their own unique approach to strategy, both in combat and when managing their empire. On release there are six different classes a leader can be. The "Sorcerer" class emphasizes the use of magic for enchantments and summoning powerful units. The "Theocrat" derives from an organized religion based society including zealots followers and the use of holy spells and warriors. The "Rogue" favors less direct approaches to situations, employing stealth, thievery and manipulation as well as dark magic in diplomacy and warfare.

The "Archdruid" channels the power of nature, using it to their advantage by being very self-sufficient and being able to call upon wild creatures. The "Dreadnought" leads a steampunk styled society, using large industry, machinery and gunpowder-based units like cannons and tanks. Finally the "Warlord" specializes in direct conflict and combat tactics, utilizing effective non-magic based units and abilities.

Leaders themselves and separate recruitable hero units will be able to gain experience and level up, while also being able to gain new equipment and powers. Players can also develop their alignment between good and evil based on their player's actions and the cultures the player absorbs into their empire, rather than race like the previous games in the series.

Cities themselves provide much of the resources, infrastructure and host to unit recruitment, spell casting and research to unlock more of both, requiring gold, mana and or research points respectively gained through said city prosperity while also exploration. Independent cities and units not immediately aligned to any player/leader are also present in the world map. Units that come from an unaffiliated city will fight to protect a city's domain and will not forget that they're tied to it. Many of these independent settlements aren't cities in the traditional sense, but can be alternative settlements for other races and creatures, like a giant's keep or an undead dwelling for example. A player can conquer these holdings, which will provide units like a city, or they can absorb them through diplomatic means by paying tribute with diplomatic and/or alignment standing affecting their own stance on the player. If the city retains its native population, the player can recruit units of other races besides their own while the player can at any time after absorbing a city into their empire migrate a different population to that city while also being an act of "evil" for their alignment. Different city races are affected by the type of terrain, determining how well they thrive, for example dwarves prefer mountainous landscapes over tropics. Migrating the population or the non-evil act of terraforming the landscape through spells can alleviate this. Quests can also be given to players by independent forces and cities, including but not limited to clearing out wild units and protecting their stronghold. Quests can grant the support of independent forces for player in addition to a reward such as gold or equipment, sometimes with the choice of either given to the player upon completion of the quest.

As in the case of the first game in the series, Age of Wonders III offers a story-driven campaign that is playable from two sides, the human-centric Commonwealth Empire and the Court of the High Elves. In addition to the campaign; single-player scenarios, online multiplayer, random map generation and a map editor are also available. The graphics of Age of Wonders III have also changed to a fully 3D perspective with camera control instead of the isometric view the series has utilized prior.