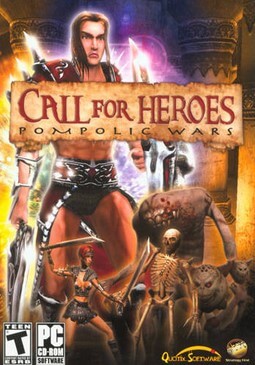 Call for Heroes: Pompolic Wars is a 2007 action RPG video game originally developed for Windows by Serbian studio Quotix Software, and published by Strategy First. The game was ported to the Wii by the now defunct Data Design Interactive.

The PC version of the game was universally panned, IGN gave the game the rare score of 1.2/10, and GameSpot gave the game a 2/10. The game was criticized for poor graphics, weak gameplay and lack of dialogue and storyline.