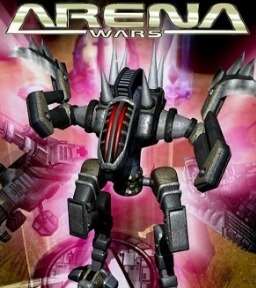 Arena Wars is an action and real-time strategy game released by Tri Synergy and Ascaron Entertainment in 2004.

The game is notable for combining strategy and shooter elements in gameplay. The limited unit choices (6) and specials (one for each unit) make the game extremely balanced. There are no resources needed to build units, as every player has exactly 1000 credits. Building units uses credits, but a player that loses a unit regains the money instantly and can rebuild it (or another unit), penalized only by the time taken to rebuild. Players also do not construct buildings, but use buildings located at fixed positions on the map. Players win the game by completing one of three objectives, depending on the game type:

Arena Wars was the first commercial game to utilize the .NET Framework, however it used a managed OpenGL wrapper rather than the XNA Framework/Direct3D API.