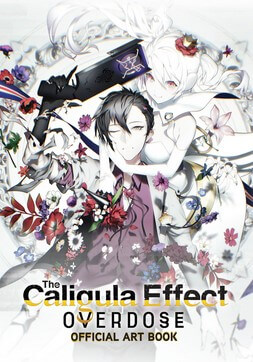 The Caligula Effect is a role-playing video game featuring turn-based combat in dungeon environments. Combat is triggered upon encountering enemy characters during dungeon exploration. A party can consist of four playable characters maximum. There are 9 main characters that can be used in the party as the story progresses. Any NPC can be recruited into the party after obtaining level 2 or higher association. Three commands can be chained together per turn for each party member and can preview its effect before initiating. Players can raise association with other NPCs by interacting with them. Certain NPCs are not accessible until specific NPC association is gained. After reaching a certain amount of association, side-quests are unlocked for specific NPCs.

The Caligula Effect is set in a virtual reality program known as "Mobius", created so people can escape pain in their lives and live in an idyllic high school setting, forced to live out their 3 years indefinitely. The main protagonist is one of a group who realize that they are in a virtual world, and form the "Go-Home Club", a group dedicated to escaping from Mobius and its god-like overseer program, a vocal program called "μ". They oppose the "Ostinato Musicians", a group who supports μ and sees the Go-Home Club as traitors.

The Caligula Effect was developed by FuRyu and published worldwide by Atlus USA. It was directed by Takuya Yamanaka, with character designs by Oguchi. It was written by Tadashi Satomi, who had previously worked on the first three games in the Persona series – Revelations: Persona, Persona 2: Innocent Sin and Persona 2: Eternal Punishment. The music was written by former Megami Tensei series composer Tsukasa Masuko, and the theme song is performed by a three-person group: Eriko Nakamura, Emi Nitta and Yuka Ōtsubo. The developers define Caligula as a "next-generation juvenile RPG" focusing on modern pathology and trauma.

The characters were said to violate a variety of taboos, with Satomi specifically creating one that the team were initially wanting to avoid. The title stems from the psychological term "Caligula effect", referring to the want to see and do prohibited things. Despite its prominence and tying into the gameplay experience, the word itself is not mentioned within the game's context.

The game was first announced on February 23, 2016 in that week's issue of Famitsu, along with its release date. At the time it was announced, it was said to be 50% complete. A teaser trailer and the first screenshots was released soon after the initial announcement.

The game was released by FuRyu for the PlayStation Vita in Japan on June 23, 2016, and was released by Atlus USA in North America on May 2, 2017, and in Europe on May 9. Initially, Atlus USA did not rule out a physical release of The Caligula Effect through Limited Run Games, but eventually decided against it. An anime adaptation, Caligula, premiered in Japan in April 2018.

In November 2017, a remake titled The Caligula Effect: Overdose was announced. It was released in Japan for the PlayStation 4 on May 18, 2018, and by NIS America for the PlayStation 4, Nintendo Switch, Microsoft Windows in North America on March 12, 2019, and in Europe on March 15, 2019. The remake features upgraded visuals using Unreal Engine 4, a new playable protagonist, new endings, and more supporting characters.