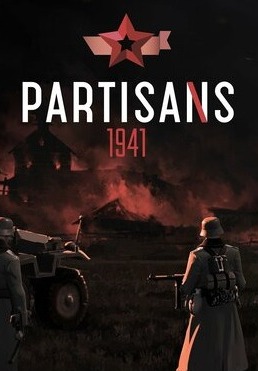 Partisans may look drier than a towel in Death Valley, a game with more brown in it than your average furniture warehouse. But one should never judge a guerrilla fighter by the condition of their outfit.

Behind Partisans' dishevelled overcoat and mud-stained trousers lies a surprisingly capable real-time tactics game with some radical ideas and heart in abundance.

The game involves controlling a group of Russian resistance fighters dedicated to being a thorn in Hitler's side while his armies sweep across the Soviet Union during Operation Barbarossa (which as we all know is German for "Massive Bastard").

From your base situated deep in the forest, your ragtag band embarks on a series of increasingly daring raids against the Wehrmacht's occupation and infrastructure.

The obvious reference point here is Commandos: Behind Enemy Lines. Partisans is set during World War 2, and also has you perform dangerous missions against an overwhelmingly superior force (not to mention kick seven shades of scheiße out of Fascist goons).

Yet whereas Commandos was essentially a puzzler in disguise, an exacting clockwork machine where one wrong move meant being crushed to death by its gears, Partisans is more free-flowing and dynamic, open to letting players experiment and muddle through when they get things wrong.

The core is similar to most other real-time tactics games. Each mission sees you pick several of your partisans to complete an objective in a large, openly explorable map, before safely exfiltrating back to your camp.

These maps are swarming with guards that range from Polizei—a militia of Russian citizens working for the Germans—to crack SS soldiers whose machine-guns can rip up your squad like an unsolicited takeaway leaflet.

The sweeping vision cones of guards, and the complex arrangement of their posts and patrols, makes every step your squad takes fraught with danger. Hence, the meat of the game involves evading, tricking, and ambushing these patrols, carefully picking them apart as you inch closer to your goal.

Your partisans start off with next to nothing, a single knife and a handful of rocks you can use to distract guards. Soon enough, though, you'll have scavenged a wide range of equipment and abilities that'll help you get the upper hand, from guns and grenades to mines and trip-wires that can take out entire squads with careful placement.

My favourite partisan 'gadget' is a simple bottle filled with water. When placed on the ground, bottles attract the attention of thirsty guards hoping for a free swig of schnapps, making them useful for pulling guards out of their patrol patterns.

Alongside equipment, your partisans also have unique skills and abilities. The character builds of Partisans aren't as immediately distinctive, as, say, Desperados III, but they gradually reveal their own specialities.

Commander Zorin, for example, is the game's close combat expert, able to quietly dispatch enemies with a well-aimed knife-throw. 14 year old Sanek, meanwhile, can 'disguise' himself (which means pulling down his cap and shuffling around in a definitely-not-suspicious way) and distract guards by talking to them.

Later on you'll unlock snipers, explosives experts, and even a thief whose special ability is a ridiculous banzai charge called "Ribknife".

In general, Partisans' systems are more forgiving than Commandos or the recent Desperados III, but also more nuanced. A good example of this is stealth. A guard's ability to detect you is based on proximity, so if you accidentally stumble across the edge of their vision cone, you've usually got time to rectify the problem.

But guards can hear you as well as see you. Hiding inside a bush will make you practically invisible, but if you move around too much when a guard is nearby, they'll be alerted by the rustling foliage.

The game has lots of little touches like this. Performing a truly "silent" kill is difficult. Unless your character is a melee expert, attacking a guard with a knife will cause a scuffle that takes time to resolve and generates noise.

Even Zorin's knife-throw, which is the most efficient way to quietly kill enemies, causes a soundwave to emanate when the body thuds onto the ground. This means you must think carefully about how you're going to deal with each guard, a small mistake can easily cascade into a full-blown battle.