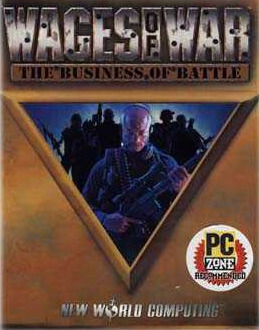 Wages of War is a video game developed by American studio Random Games and published by New World Computing and 3DO for Windows.

Wages of War is a turn-based, squad-level combat game, in which players hire mercenaries, equip them, and then send them into perilous missions.

Next Generation reviewed the arcade version of the game, rating it two stars out of five, and stated that "Wages of War has its moments, but overall it is an average title that adds little but a Windows 95 interface to the genre of turn-based, squad-level combat."