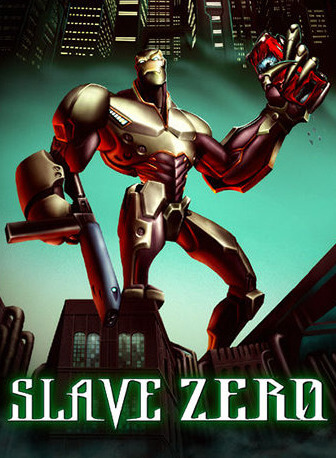 The game was originally designed to work with Windows 95 and Windows 98. A fan following has developed a number of CD cracks in order to make the game compatible on newer systems. While this allows the software to become playable, it still requires that the owner possess the original software. The PC version uses the Ecstasy Engine. Tommo purchased the rights to the game and digitally published it through its Retroism brand in 2015. On March 25, 2014, Retroism re-released the game on GOG.com, and together with Night Dive Studios, to Steam.

Taking place 500 years in the future, the game tells the story of Lu Chen, a sinister world overlord more commonly known as the SovKhan, who rules the Earth from a massive complex called Megacity S1-9. The only resistance to the SovKhan is from an ancient order of warriors known only as the Guardians. The SovKhan's army is nearly invincible as it is, and it is growing by the day, his most powerful units being 60-foot-tall humanoid robots called "Slaves". The Slaves themselves are grown from a combination of artificially created cybernetic embryos and a mysterious compound called NTR95879, referred to as "dark matter" by the Guardians. Now the Guardians' only hope of overthrowing the SovKhan and his cybernetic army lies in a single captured Slave unit, which will have the mind of a specially trained Guardian agent permanently downloaded into it. The game follows "Slave Zero" as he wages war against the SovKhan's forces throughout every part of Megacity S1-9.

Jeff Lundrigan reviewed the Dreamcast version of the game for Next Generation, rating it three stars out of five, and stated that "Slave Zero may not be to everyone's taste, but it does offer a different sort of challenge for those so inclined."

The game received mixed reviews from critics. GameSpot and IGN both praised the game's selection of weapon upgrades, and GameSpot also argued that the Boss battles are both unique and memorable.

GameSpot, Game Revolution, and IGN all criticized the game's failure to create any sense of being a giant robot on the rampage in a city, as well as the lack of combat depth or replay value. IGN and Game Revolution additionally criticized the Dreamcast version for its extremely poor frame rate, lack of in-game music, and conspicuous game-crashing bugs.