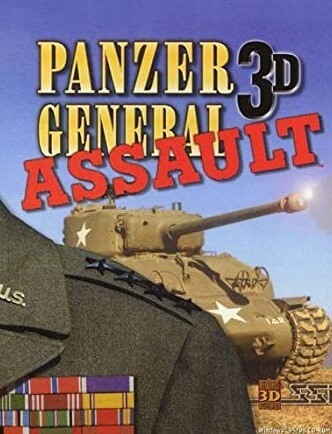 Panzer General 3D Assault is the third sequel to Panzer General. It features a new 3D engine. It is still turned based and has a similar game play style to Panzer General 2. The game features 8 new campaigns based on the western front. 3 German campaigns and 5 Allied. Playing with the nations of Britain, France and America against the Germans. Panzer General 3D's Action Combat System gives player the ability to manipulate individual units and give multiple commands each turn.

Rick Sanchez reviewed the PC version of the game for Next Generation, rating it four stars out of five, and stated that "With over 60 multiplayer and single-player missions, more than 200 units, the ability to play as the American, British, German, or French forces, and the streamlined playing system, Panzer General 3D Assault is the most refined Panzer General yet."

GameSpot in its review characterized the game as "based on a good underlying system".

The editors of Computer Gaming World nominated 3D Assault for their 1999 "Wargame of the Year" award, which ultimately went to Sid Meier's Antietam!