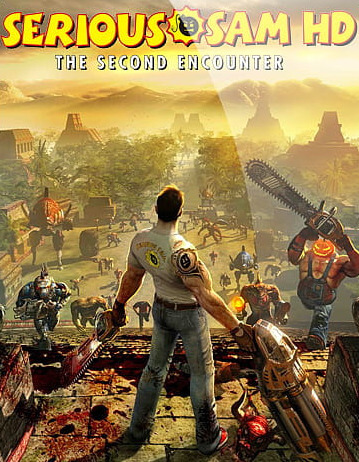 The remake of the second episode, Serious Sam HD: The Second Encounter, was released on 28 April 2010 for Microsoft Windows through Steam, on 22 September 2010 for Xbox 360 through the Xbox Live Arcade and on 4 April 2017 for Linux through Steam, again thanks to the Fusion Engine. On 14 January 2011, the DLC titled "Fusion" was released on Steam, which merged the levels of The First Encounter into The Second Encounter.

This DLC was free for everyone who owned both encounters on Steam. Additionally, The Second Encounter HD was expanded with new piece of DLC called "Legend of the Beast". Released on 15 May 2012, it contained new maps for the Survival and Multiplayer modes and a new, short set of campaign missions.