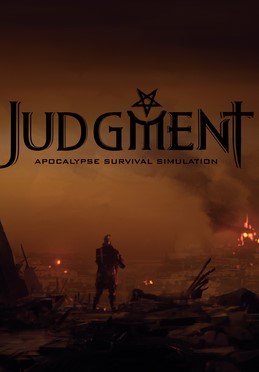 Judgment: Apocalypse Survival Simulation is a colony simulation game with tactical combat and survival elements, developed by the Israeli indie company Suncrash. The game was initially released as alpha software on Steam Early Access on April 11, 2016, for Microsoft Windows. In Judgment: Apocalypse Survival Simulation the player controls a colony of survivors in an ongoing Apocalypse. After surviving an encounter with a demon, three survivors build a base in an isolated valley in order to resist the invasion and survive.

Judgment: Apocalypse Survival Simulation puts the player in control of a group of survivors with the ultimate goal to stop an ongoing Apocalypse. First, survivors need to eat, drink and sleep, and for that they build a sustainable base and defend it against demon attacks. The economy of the base is one of the most important parts of the game: survivors have to farm, mine, plant or scavenge different basic resources – and use them to build facilities, craft equipment, and research for technologies and magic. Survivors have different professions, making them more efficient in some tasks than others; they can also gain experience and level up to improve their skills. There are also different random events that serve as a sort of side missions, such as having to gather some resources in order to perform a ritual to remove a curse. In the end, victory can only be achieved by researching for a way to close the Hellgate that the demons are using to enter the world.

Apart from the colony management and economy simulation mechanics, Judgment: Apocalypse Survival Simulation features tactical combat, both going to combat missions to the outside world and defending the base against demon attacks. In the combat missions, the player sends a group of survivors to different locations in a randomly generated world map. The group of survivors can be equipped with melee and ranged weapons, armors and other items (such as Molotov cocktail or spells). In all the combat missions, the squad faces different types of demons, each with different combat styles, weaknesses, and strengths. Combat missions can be won by achieving their goals (for instance, rescuing a trapped survivor) or killing all enemies in the map. As is common in survival games, death is permanent. If all the survivors in a mission party die, the mission is lost.