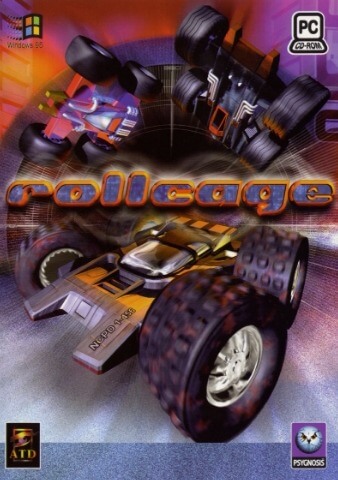 Rollcage is a racing video game developed by Attention to Detail and published by Psygnosis for Microsoft Windows and PlayStation. The game received positive reviews and ratings on release. A sequel, Rollcage Stage II, was released in 2000 for PlayStation and Windows.

Rollcage was developed by Attention to Detail, and published by Psygnosis. The game's selling point was its unique physics engine, in which cars could drive on walls or ceilings due to the airflow passing over them at extreme speeds. The game also featured an original soundtrack by Fatboy Slim and also featured the song "Love Island" from the album You've Come A Long Way, Baby.

In 2014 one of the former developers, Robert Baker released an unofficial update to address remaining bugs and support newer hardware under the name "Rollcage Redux".

Next Generation reviewed the PlayStation version of the game, rating it four stars out of five, and stated that "Anyone with a hankering for fast cars and pretty explosions should be sure to give Rollcage a chance."