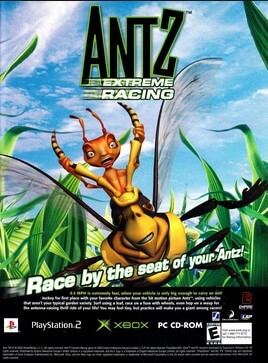 Antz Extreme Racing is a racing video game based on the 1998 computer-animated film Antz. The game was released in 2002 for Microsoft Windows, Xbox, and PlayStation 2.

A different game of the same name was developed by Magic Pockets and released for the Game Boy Advance.