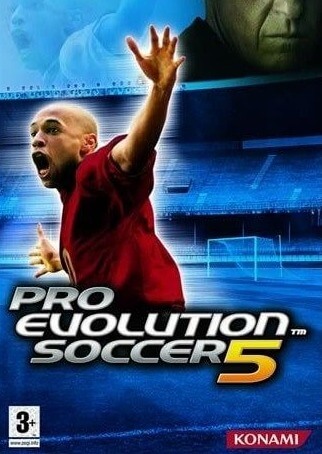 With featuring Arsenal and Chelsea it is the first release of the series which offered fully licensed clubs from the Premier League, which is one of the 3 unlicensed leagues of the game. There are also 3 licensed leagues just like in the predecessor Pro Evolution Soccer 4. The game also includes 3 fully licensed leagues, which are the Spanish Liga Española, the Dutch Eredivisie and the Italian Serie A (with the exception of Cagliari).

As with previous versions, the game features an edit mode allowing the player to edit certain elements of the game. It was the last release to feature the German Bundesliga (in the game as German League) for Pro Evolution Soccer Installment before it was replaced by a generic league because of losing the license for the following releases.

Pro Evolution Soccer 5 marked the series' first appearance on the PSP. The game was also the first in the series to feature online play for the PlayStation 2. Within online play, statistics and league points are stored on the server for each game played. These points determine a team's (player's) position within the five online divisions. PES 5 was succeeded by Pro Evolution Soccer 6, which was released in 2006.

The PlayStation 2 version of Pro Evolution Soccer 5 received a "Double Platinum" sales award from the Entertainment and Leisure Software Publishers Association (ELSPA), indicating sales of at least 600,000 copies in the United Kingdom.

The U.S. PC and European PlayStation 2 versions received "universal acclaim", while the rest received "favorable" reviews on all platforms in both regions according to video game review aggregator Metacritic.

USA Today gave the PS2, Xbox and PC versions a score of nine-and-a-half stars out of ten and said it was "not only the ideal soccer simulation, but perhaps one of the top sports game out there. Accessibility and authentic play will attract both old and new fans alike." However, it gave the PSP version a score of eight-and-a-half stars and said that it "loses a few key features, but retains the fun play and the sport’s overall spirit." The Sydney Morning Herald gave the game four-and-a-half stars out of five and said that the AI "is a harder nut to crack, requiring more thoughtful passing to open up your opponent before you strike. So long as you're thinking like a footballer, you're going to score goals." Maxim also gave it a score of nine out of ten and said that it "returns to the field to affirm its ball-kicking dominance. And thanks to its new online mode, your ears will be ringing 'goooal!' for days." However, Detroit Free Press gave the PSP version a score of two stars out of four and said that "with fewer buttons on the PSP than on a standard console game pad and only one analog stick to play with, the game's hallmark -- its deep, precise controls -- feels a bit muted."