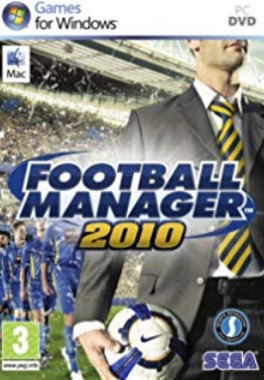 Football Manager 2010 (abbreviated to FM10) is a football manager simulation video game. It was released on Microsoft Windows, Mac OS X and PlayStation Portable on 30 October 2009. It is also available for digital download on Steam and iOS. A demo for FM10 was released on 14 October 2009.

This is the first release in the series to be sold under the Football Manager name throughout the world. Previous North American versions were sold as Worldwide Soccer Manager.

FM10 features similar gameplay to that of the Football Manager series. Gameplay consists of taking charge of a professionala association football team, as the team manager. Players can sign football players to contracts, manage finances for the club, and give team talks to players. FM10 is a simulation of real world management, with the player being judged on various factors by the club's AI owners and board.

FM10 expanded on the 3D match engine first introduced in Football Manager 2009, with more animations, stadiums, and even pitch degradation. The database editor has also received an upgrade, the stand-out feature of which is the option to add new divisions to existing leagues or to add entirely new leagues to a game database. Users can then, for example, make the English league system fully playable right down to its lowest tier (up to level 20), making it the first football management game capable of doing so, or they could make a league for a nation whose league is not normally playable, or even make their own entirely new league, such as a "super league".

Football Manager 2010 was positively received, achieving a Metacritic average of 87/100.

IGN concluded that: "FM2010 isn't an evolutionary step in the series. Instead it's merely an incredibly well produced update."

In its Christmas 2009 edition, Edge commented that: "Despite being all about the numbers, FM2010 rises above them to be unexpectedly cruel, kind, and even visceral at times.