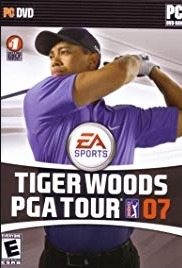 The "Game Face" feature has been vastly improved with more detail and customization available for each body part, and after designing their own golfer, players can choose from 3000 items in the "Pro Shop" which allows players to purchase new clothing, clubs, balls, gloves, and other golf-related miscellanea. However, many items are locked at the start of the game, and the player must complete certain tasks to unlock these items.

Several of the older game modes have been improved, such as the "Real Time Event Calendar" which allows the player to play special events on different days of the year based on their system's internal clock. This has replaced the classic "Scenario Mode" but there is now a Real Time Event for every day of the year.

Two new types of traditional game mode have been added this year, "greensome" and "bloodsome". In "greensome", two teams of two golfers both hit their golf balls from the tee, but after that, only one of the balls is played (this is the team captain's choice). Players will then alternate shots with the chosen ball until it is holed. The game of "bloodsome" has similar rules, with the exception that the opposing team chooses which ball is played. The scoring system uses match play rules.

The "Team Tour" mode allows players using their own created golfers to build up their own team to travel the world playing in different types of game modes until they reach the final match against Tiger Woods' team. With each victory, the player is allowed more golfers to be added to their team. The golfers that are available are the golfers that they have just beaten. In each round, the player may also "Up the Ante" to gain extra experience and free modifiers if they win under specific circumstances; for example, the "Beat The Spread" option for Match Play games starts the opponent 4UP (see match play rules below), and the "Without a Net" option means that if the ball goes in the water or out of bounds, the player instantly loses. Team Tour is the quickest way to gain experience.

Stroke play is in the "Traditional Game Modes" section. Stroke Play allows up to 4 players to compete on a round of 9 or 18 holes on any chosen course with variable difficulty settings (tee color, pin location etc.). All golfers use their own ball. The player numbers determine who tees off first on the first hole, but after the first hole, the player with the lowest score tees off first, then the second lowest score and so on. After the initial tee shot, the player furthest from the hole takes their shot next. However many shots or "strokes" the player takes is recorded on the scorecard after each hole.

A modified version of stroke play with the exception that the winner of each hole goes "1UP" depending on their current score. For example, on the first hole, the score will be "AS" (All Square), but the player that wins the hole will then score 1 hole, and their score will change to "1UP", meaning that player is winning by one hole. The game continues until either player wins enough holes that the other player(s) cannot win. If there is a situation where a player is the same number up as there are holes remaining (for example, 5UP with 5 holes to play), they are declared to be "Dormie X" (where X is the number of holes that player is winning by). Once a player is Dormie, the other player must then win every remaining hole to force Sudden Death, or else the player who is "Dormie" wins the match. If a hole is tied, the player who is "Dormie" wins, although the score does not change.

The Skillzone was introduced in Tiger Woods PGA Tour 2003; it features 3 unique areas which have 15 targets in each. The player can compete in various games in these areas for extra money to buy items from the pro shop. The three courses available are: Granite Pass, Diablo Valley, and The Roof. The various game modes each have their own rules which players must abide by. The game types are:

Target: The player begins with 15 balls to hit as many of the targets as possible. Successive hits on the targets results in cash being earned and more balls being given.

Target2Target: A variation of "Target". The computer randomly picks a target which the player must hit. The same rules as "Target" apply.

Capture: This game mode requires 2 human players. The players alternate turns to hit targets and earn money. The first player to hit 5 targets wins. However, a player can "steal" a target by landing on the target closer to the bullseye than the opponent.

T-I-G-E-R: A variation of the classic "Horse". The player hits a target, and their opponent must match the score (same ring on the particular target) or beat it. The first player to fail to do so receives a letter, and the first to spell "Tiger" loses.

This game mode was only introduced in Tiger Woods PGA Tour 06, so it is one of the most recent additions. The player chooses a course and difficulty settings to play on before beginning. On each hole there are 3 hovering rings; a large green ring, a medium-sized yellow ring, and a small red ring. The player must attempt to hit their ball through these rings while maintaining a good score (Birdies, Eagles etc.). The harder the ring, the more points it is worth. Hitting the ball through more than one ring in a single shot results in bonus points being awarded.

Shootout Mode is entirely different from any of the other game modes. Before the match begins, 2 or more players pick up to 8 golfers per team on 2 teams. These teams then play against each other in stroke play format on each hole of the chosen course. The loser of the hole is eliminated from the match, and the next player in their team takes their place, while the winner keeps playing until he/she is defeated. If players tie on a hole, both players advance to the next hole.