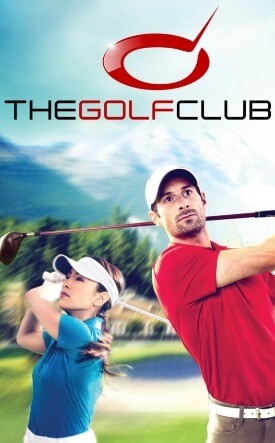 
The Golf Club is a golf sports video game developed by HB Studios for PlayStation 4, Microsoft Windows and Xbox One. The game includes online features and procedurally generated golf course editor. A sequel, The Golf Club 2, was released in June 2017.

The Golf Club was conceived in Q1/Q2 2013 after the cancellation of the 2015 version of Tiger Woods PGA Tour on which HB Studios were due to work.

In February 2014 The Golf Club was released via Steam as part of a closed beta release.

In August 2014, The Golf Club was released for Windows PC, Xbox One, and PlayStation 4.

According to Metacritic, the PC release of the game received an average critical score of 70 out of 100, based on 11 professional reviews. Critics praised the game's course creator and online features, while criticizing the lack of a career mode, performance issues, and a lack of polish at the time of release. The XBox One and Playstation 4 releases both received slightly lower ratings of 64 and 66, respectively.

At the 2014 National Academy of Video Game Trade Reviewers (NAVGTR) Awards The Golf Club was nominated for the category "Game, Original Sports". In January 2015, in its end of year awards, the Operation Sports gaming website awarded the game three gold medals including Best Indie/Arcade Game of 2014. At the 2017 NAVGTR Awards, the VR version was nominated for "Game, Original Sports".