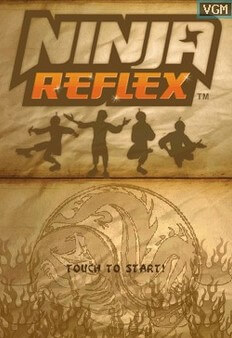 Ninja Reflex is a video game developed by Sanzaru Games, and co-published by Nunchuck Games and Electronic Arts. It was released for Wii and Nintendo DS on March 4, 2008 in North America and March 14, 2008 in Europe. It was also released for the Steam service on March 21, 2008.

Ninja Reflex is a party game, capitalizing on the popularity of games that take advantage of the unique Nintendo Wii Remote motions seen in other titles including WarioWare: Smooth Moves, Mario Party 8, and Wii Sports. The objective of Ninja Reflex is to test players' reflexes and reaction times and challenge friends in head-to-head competition.