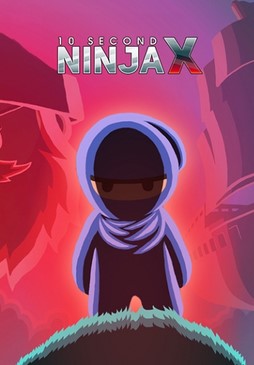 10 Second Ninja X is a sidescrolling puzzle platformer. The game follows a ninja who must destroy robots at high pace within a set time frame of 10 seconds. Every level is set with a timer, with the player having to finish the level within 10 seconds. The player has several attacks, including a projectile, that has limited capacity. Each level finishes when the player has destroyed all targets onscreen. The game features different star ratings for completed levels, with higher stars given for completing the missions in faster times.