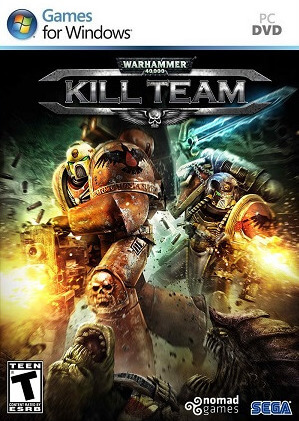 The game included a bonus weapon for the use in multiplayer mode in the Warhammer 40,000: Space Marine, obtained by completing a level.

Kill Team is also the name of a skirmish level tabletop game set in the Warhammer 40,000 universe published by Games Workshop.