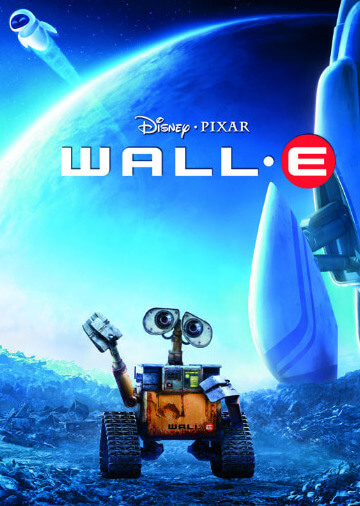 The game was also released in Japan on December 11, 2008, although not available on the Xbox 360.

WALL-E received overall mixed reviews from critics. The game's best reviewed version was the PS2 version, which scored 67 out of 100 on the Metacritic scale. Though the PSP version was highly criticized, IGN praised the adaption as "... one of the most solid film to game adaptations we've seen in a while."

The PlayStation 3, Wii, and Xbox 360 versions feature nine explorable levels. The Microsoft Windows, Mac OS X, PlayStation 2, and PlayStation Portable versions feature eighteen levels, and the Nintendo DS features fourteen explorable worlds. The Wii is the only version of the game that features 3 head-to-head multiplayer modes, while the Nintendo DS version features co-op modes playable as WALL-E or EVE. As the player plays through the levels of the Nintendo DS version, they unlock clips from the movie viewable at any time. The PlayStation 2, PSP and Windows versions allow the player to use music to summon reject bots throughout the game. The story mode seems to be altered as the character's roles are different from the movie such as WALL-E can commonly use his laser, EVE is tasered by AUTO (referenced to WALL-E being tasered in the original.), WALL-E repairing EVE (in the original, EVE tries to repair WALL-E), and WALL-E survived from getting crushed by the Holo-Detector. The reversal of EVE and WALL-E being damaged was actually intended to occur in the movie, but was later changed.

In 2805, Earth is covered in garbage and abandoned, while people are evacuated by megacorporation Buy-N-Large on giant starliners. BnL has left behind WALL-E robot trash compactors to clean up the mess, but they all eventually stopped functioning, except one unit, who has gained sentience. One day, WALL-E discovers a plant in a refrigerator and come across an unmanned spaceship that deploys an EVE probe to scan the planet for life, with little success. WALL-E is infatuated with EVE, who is initially hostile after she almost shoots him, but immediately befriends him. As a sandstorm sweeps across the city, WALL-E and EVE make their way through the storm where they must defeat a malfunctioning WALL-A along the way. After reaching WALL-E's truck, he shows her many of his things along with the plant. She suddenly takes the plant and goes into standby mode, leaving WALL-E wondering why she shut down and he leaves her on the truck's roof. The ship then returns to collect EVE, and WALL-E races towards it and hitches a ride as it returns to its mothership, the starliner Axiom.

While avoiding M-O, WALL-E follows the cart carrying EVE to Captain McCrea's headquarters. McCrea is excited by the discovery, as they can finally go home but is shocked to discover that the plant is gone. He believes EVE is broken and orders AUTO to send her to a repair ward along with WALL-E for cleaning.

Upon arriving at the repair ward, WALL-E believes the EVE is being hurt, but is separated from her before he can reach her. WALL-E obtains EVE's plasma cannon and uses it to fight off security robots and free some of the malfunctioning robots to help him. He manages to find EVE just as she is finished with her checkup and takes back her plasma cannon. They then head to an escape pod to return to Earth, but EVE cannot abandon her directive. They are interrupted when GO-4 arrives with the plant, placing it in the pod that WALL-E is in and sets to self-destruct. After it is jettisoned, WALL-E escapes with the plant as the pod explodes, using a fire extinguisher as a rocket booster that goes out of control. EVE follows him across space and through the ship until his fire extinguisher runs out of water. EVE retrieves the plant, puts WALL-E back in the Axiom, and heads to the Captain's quarters.

Captain McCrea, now happy to see the plant, now realizes that they can return to Earth. However, AUTO refuses to let this happen, revealing his own secret no-return directive that falsely claimed that the cleanup on Earth was unsuccessful. He mutinies and throws EVE and the plant down the garbage chute. WALL-E hears EVE and he follows her down the garbage chute, with M-O still in pursuit. He finds the plant and EVE and they, along with M-O, head back up to the deck where they and the malfunctioning robots fight off security robots sent by AUTO. The Captain fights AUTO and manages to open the Holo-Detector chamber. AUTO tilts the ship sideways and tries to close the chamber. WALL-E heads to the chamber and struggles to keep it open. Captain McCrea manages to disable AUTO and straighten the ship while EVE inserts the plant to activate the hyperjump, freeing a partly damaged WALL-E.

Having arrived back on Earth, EVE repairs and reactivates WALL-E, but finds that his memory has been reset and his personality is gone. Heartbroken, EVE gives WALL-E a farewell kiss, which sparks his memory back to life and restores his original personality. WALL-E and EVE reunite as the humans and robots of the Axiom begin to restore Earth and its environment.

The PlayStation 3, Xbox 360, and Wii versions of the game met with reviews ranging from average to poor. Reviewing the Xbox 360 version, IGN concluded that rather than buying the game, "This may be an instance where you wait for the DVD, or go see the movie again instead." As of July 30, 2008, the game has sold over one million copies. It was nominated as one of the "Most Surprisingly Good Game" and "Best Use of a Creative License" by GameSpot's "Best of 2008" awards, but did not win either.