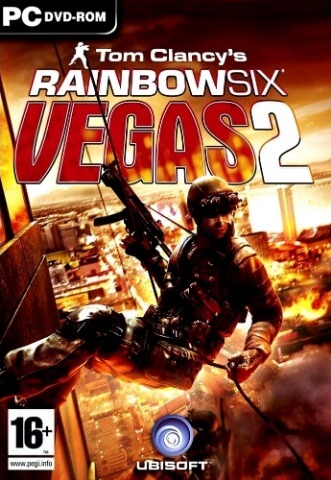 Logan Keller, the lead character from the previous game, had been removed in favour of having the player create their own character to play through the campaign. The player assumes the role of Bishop, a member of the Rainbow squad with a great deal more experience who has a deeper involvement in the story.

The game, billed as "part sequel, part prequel", has events that run both before and concurrently to the story of Logan Keller and continue after where the first game concluded. In addition to the ability to customize a character in multiplayer, the player can now customize Bishop, Vegas 2's protagonist. In single-player, the developers claim to have vastly improved teammate AI, so that now teammates cover each other as they advance. There are also several new commands, for example, the ability of a teammate to throw a grenade at a specific point. It is also possible to give commands to one's AI teammates using the Xbox 360 or PlayStation 3 headset, or a PC microphone.

In the April 2008 issue of Game Informer Tom Clancy's Rainbow Six: Vegas 2 was given a review of 9.25 out of 10. IGN gave the Xbox 360 version an 8.4 out of 10 and the PlayStation 3 version an 8.2 for the original version, and an 8.4 for its Limited Edition, where the main criticism was that the game was too similar to the first, and citing slight frame-rate issues on the PS3 version. TeamXbox gave the game a score of 8.4 out of ten and said it was "definitely worth a look-see, but don’t expect much more excitement than the first time you plopped Lockdown into that fat, black console."