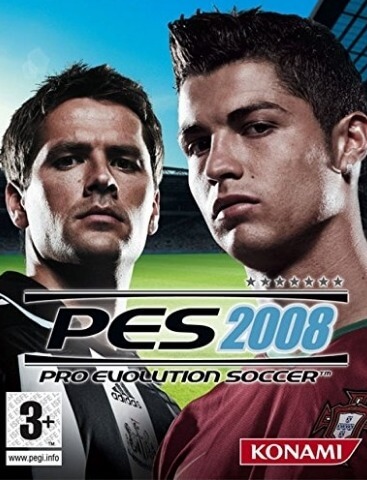 Pro Evolution Soccer 2008 (PES 2008, known as World Soccer: Winning Eleven 2008 in Asia, sometimes called World Soccer: Winning Eleven 11 (PS2), only in North America) is an association football video game in Pro Evolution Soccer series by Konami. The game was announced on 18 June 2007. Its title is different from the other Pro Evolution Soccer games in that it is of a year and not a version; this was due to EA Sports' FIFA series naming their titles with two digit numbers (i.e. 07, 08) and in conclusion would seem that PES was a year behind FIFA (to non-fans which had no knowledge of the previous games of the franchise). It was released for Windows, Wii, Nintendo DS, PlayStation 3, PlayStation 2, PlayStation Portable, Xbox 360 And mobile. The game sold 6.37 million units worldwide. PES 2008 was succeeded by Pro Evolution Soccer 2009. This Was The First Game Of The Series To Played on Wii And Playstation 3.

The PlayStation 2 and Xbox 360 releases of Pro Evolution Soccer 2008 each received a "Platinum" sales award from the Entertainment and Leisure Software Publishers Association (ELSPA), indicating sales of at least 300,000 copies per version in the United Kingdom. Pro Evolution Soccer 2008 sold approximately 104,654 copies since its debut in Japan. It debuted at #5 in the UK game charts before moving to #3 in the second week after a 34% increase in sales. It was awarded Best Sports Game for the Wii by IGN in its 2008 video game awards. It was also nominated for Wii Game of the Year by IGN.