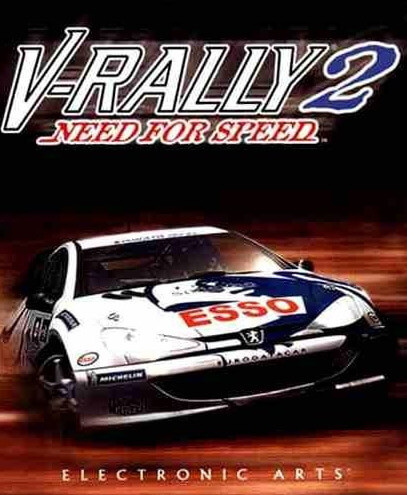 The game features rally cars that competed in the 1999 World Rally Championship season. There are 26 cars in Championship Edition and 27 in Expert Edition. There are over 80 original tracks which represent all of the rallies of the 1999 season, excluding Greece and Safari. The game modes include a time trial mode, an arcade mode which follows the traditional style of arcade games, V-Rally Trophy where the player completes against 3 AI opponents to see who can get the least time in all of the rallies. The championship mode follows the actual example of rallying with different stages in the rallies featured in the game. V-Rally Trophy and Championship Mode feature 3 distinct championships: European, World and Expert.

Weather conditions like snow, rain, and rallying in daytime, sunset and night are included.

The racing tracks are essentially stored as curved lines in 3D space. Instead of designing and storing the entire track environment as a 3D model, the game engine generates each track segment based on the 3D line and several parameters, such as track theme, weather, incline/decline, degree of curvature etc.

There is also a track editor where the player can design their own rally tracks. There is Multiplayer mode which supports up to 4 Players. The PlayStation version of the game features support for DualShock analog controllers and Namco's neGcon and Jogcon racing controllers.

Max Everingham reviewed the PlayStation version of the game for Next Generation, rating it three stars out of five, and stated that "It looks good, it plays fine, and it has a lot of tracks. Only a few annoying quirks keep it from really flying."

The Dreamcast version received "favourable" reviews according to the review aggregation website Metacritic. In Japan, where the PlayStation version was ported for release under the name V-Rally Champion Edition 2 (V-ラリー チャンピオンエディション2, V-Rarī Chanpion Edishon Tsu) and published by Spike on 27 January 2000, Famitsu gave it a score of 27 out of 40.