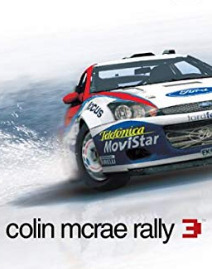 Colin McRae Rally 3 is a racing video game developed and published by Codemasters for Xbox, PlayStation 2 and Microsoft Windows. It is the third game in the Colin McRae Rally series. It features rally cars from the 2002 World Rally Championship.