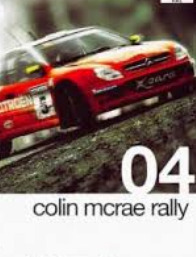 There are six championships to complete in the game. There are 4 classes of cars: 4WD, 2WD, Group B and Bonus. The bonus class are cars that are not usually raced in rallies. These cars are only here for extra pleasure. The game has rally tracks in 8 countries with a total of 52 stages.

This fourth incarnation of the Colin McRae Rally series, unlike in the previous three games, has no official WRC team license. All of the cars' liveries are either fictitious or taken from championships other than the WRC. Nicky Grist is replaced by Derek Ringer as the primary co-driver voice in the game, though Grist's voiceset is still accessible via game settings.