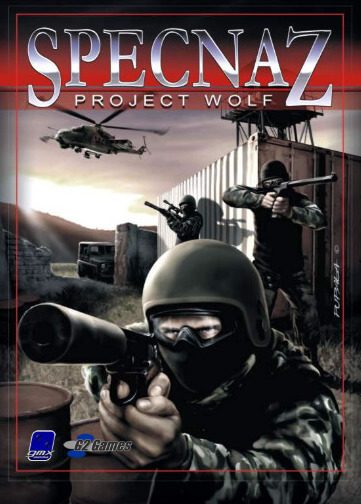 Specnaz: Project Wolf is a 2006 first person shooter developed by Byte Software. The player controls a team of Russian Spetsnaz das they try to retrieve a stolen nuclear Weapon.

Specnaz is a tactical first person shooter reminiscent of titles such as Delta Force and Project IGI. A player can choose if he wants to play missions solo or with a team. If he plays with a team then he leads group of soldiers and can give them orders, while playing solo means that player has no teammates. The game can be played only in single player. Missions are set in Iran, Yemen, Afghanistan, Uzbekistan and Burma. Player has to complete tasks such as setting explosives to an object needed to destroy or retrieve secret documents.

The game is set in the near future.Terrorists have stolen nuclear weapons and Russia tries to retrieve them back.

A sequel was announced in 2006 prior to release of the game. Specnaz 2 was released in January 2009.