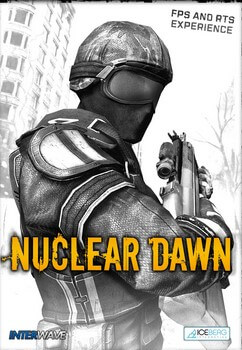 Nuclear Dawn is a post-apocalyptic first-person shooter real-time strategy hybrid video game. It was originally announced in February 2006 as an amateur mod for the Source engine, but in April 2009 was revealed to have become a commercial project, still using Source, aimed at Windows PCs and Mac OS X. It was released on September 26, 2011.

One player on each team is a 'commander', who directs his or her team from an overhead view. The remainder are soldiers who have standard FPS player capabilities. Drivable vehicles were originally planned, however this was cut due to issues.