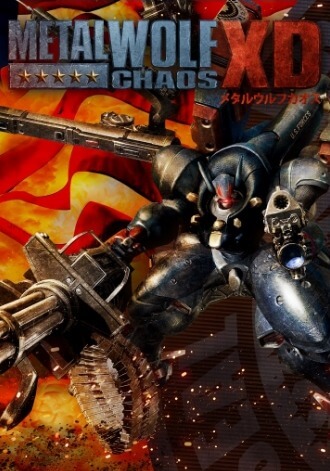 The game grew a cult following, despite its limited regional availability. For years after its release, Takeuchi long heard rumors about Westerners asking for the game, but could not understand why they would want to play an old Xbox game not released in their region. In 2016, American publisher Devolver Digital posted a message on Twitter offering to help localize Metal Wolf Chaos. The fan reaction to the message prompted Takeuchi and FromSoftware to begin conversations with Devolver. The porting was handled by General Arcade, with consultation from Takeuchi and some FromSoftware staff. Also involved in the project was Kakehashi Games, a Japanese company which helps independent developers publish their games in Japan. The cross-functional team's priority was to release the game as it originally was, only upgrading visuals, and potentially adding additional story missions.

In June 2018, after a brief tease on Twitter, Devolver announced Metal Wolf Chaos XD at E3 2018, a remaster of the original game. The game will feature increased resolution and widescreen support, improved textures and visual effects, and some gameplay improvements. The original English voice acting will remain. The game was announced for release worldwide on Microsoft Windows, PlayStation 4 and Xbox One in 2018, marking its first release outside Japan. The game was later delayed to August 6, 2019.