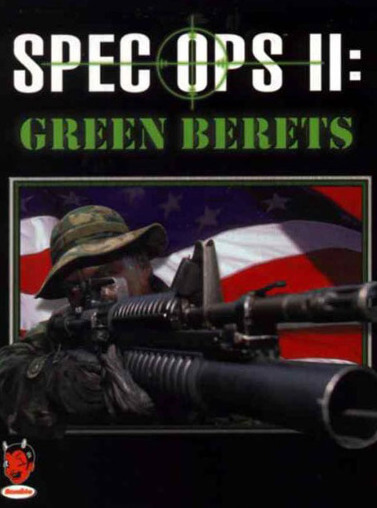 Spec Ops II: Green Berets is a tactical shooter video game developed by Zombie Studios and published by Ripcord Games exclusively for Microsoft Windows. It is the second game in the Spec Ops series. A remake was released in 2000 for the Dreamcast entitled Spec Ops II: Omega Squad.

Max Everingham reviewed the PC version of the game for Next Generation, rating it one star out of five, and stated that "Don't waste your money - there are much better games of this type out there."

Spec Ops II: Green Berets received mixed to negative reviews. Aggregating review websites GameRankings and Metacritic gave the Microsoft Windows version 52.75% based on 20 reviews, and the Dreamcast version 48.67% based on 3 reviews and 50/100 based on 8 reviews.

Spec Ops II: Operation Bravo is an expansion pack and was released online the following year.