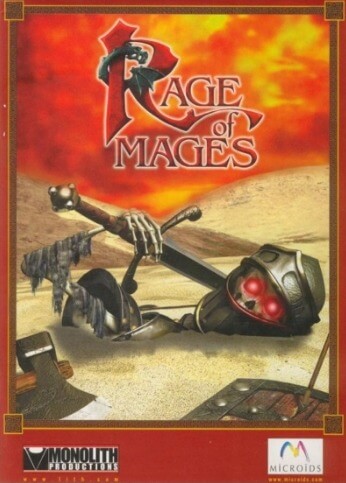 Rage of Mages is a PC game that combines role-playing and real-time strategy. Produced by Nival Interactive it was first released in Russia under the name of Allods: The Seal of Mystery (Аллоды. Печать тайны). The game was published in April 1998 in the EU by Buka Entertainment and on September 30, 1998 in the US. It was re-released in 2016 on GOG.com.

A sequel was later made in 1999 by Nival Interactive called Allods 2: Master of Souls (Аллоды 2. Повелитель душ) and published in the west by Monolith Productions entitled Rage of Mages 2: Necromancer. An online MMORPG based on the game was released under the name Allods Online. It was published in Russia by Astrum Nival in late 2009, followed by other regions globally by local publishers.

While a role playing game, the game uses a real time strategy game interface rather similar to Warcraft II.

First of all, a player chooses between a warrior or a mage for his or her starting character. On his journey he (or she) will meet a few more companions. There will be hirelings available for a fee should a player find any mission too challenging and need reinforcements. Each mission takes place in a game map generally full of enemies. Mission type ranges from rescue to escort to exterminate villains to treasure hunting.