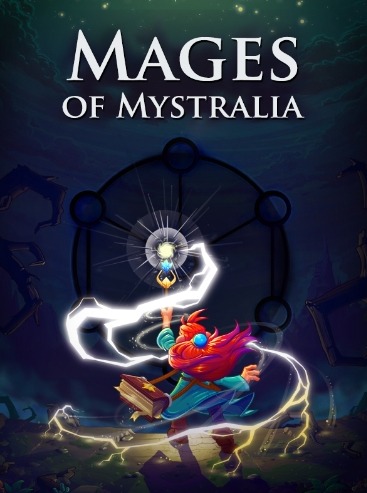 Mages of Mystralia is an action-adventure video game developed and published by Canadian studio Borealys Games and released in 2017.

The game is set in the land of Mystralia and follows Zia, a mage who had recently discovered her powers. After exiling herself from her village due to causing turmoil with her powers, she travels to a mage sanctuary to improve her skills as a mage. Zia is then tasked to prevent a war between an army of trolls and the Kingdom of Mystralia and learn more of her destiny, whilst uncovering a more sinister plot.

Reviews for the game had been generally positive, with the game currently holding an average score of 74 on Metacritic. Destructoid gave the game a 7 out of 10 calling the game "solid" and stating that it's a "decent adventure with varied combat, cool boss battles, and semi-interesting locales". Game Informer gave the game an 8 out of 10 praising its gameplay, describing it as "engrossing", and calling the in-game magic system as "brilliant".