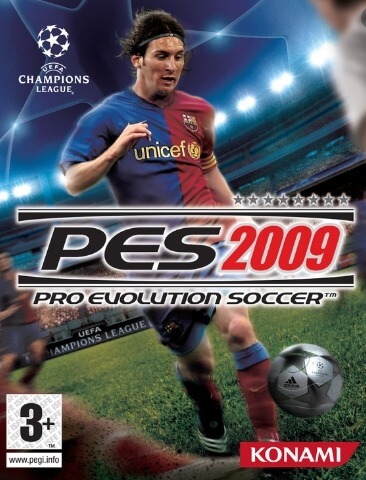 Gameplay has been changed from previous versions for Pro Evolution Soccer 2009, with key additions to the Teamvision system, tactics changing according to situation, off-the-ball fluency, and AI recognizing strategies that works accumulating data on an ongoing basis within Master League and League modes. Another new addition is the readjustments for ball movements, with new air resistance calculations for the trajectory of the ball. There are also new friction routines to affect ball movement in terms of ground conditions, backspin routines are calculated so that ball slows accordingly, and the bounce of the ball can be used more effectively: players can flick the ball up to tee a shot, or to lift it over a defender's trailing leg. If a player has the ability, they will be able to perform skilful turns. PES 2009 also features a new game mode called 'Become A Legend', much like 'Be a Pro' from the EA Sports FIFA Series. This mode was originally only in the Japanese versions by the name of Fantasista, it was released as a special edition for J-League Winning Eleven 2007 Club Championship.

For the first time Konami was able to acquire the rights for the UEFA Champions League. Manchester United and Liverpool are the only fully licensed clubs from the Premier League, which is integrated but unlicensed just as in the previous releases. Since the UEFA Champions League license does not include the rights of all participating clubs and a number of licenses were held exclusively by EA Sports too, not all participating clubs are licensed or even in the game.

Unlicensed clubs have real player names but use fictional club names, badges, and kits. These can be edited by the user.

There is also a separate league with 18 generic teams (Team A, Team B, etc.), which can be edited fully, as in the previous versions. This feature does not appear in the PS2 version of the game and the PSP version only has two teams in this extra league.