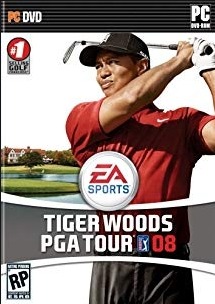 As of the North American launch, the game has been plagued with many bugs and technical problems. Known bugs include system "freezing" and crashing.

The PSP version also has a quite interesting glitch. In PGA tour mode, during a season, certain challenges become impossible to complete due to program errors. Most notably, during a challenge in which a golfer must master challenging shots from the rough, the avatar tees off from the top of a tree and the entire course is upside down. Regardless of how hard or straight the ball is hit, the result of any swing is an out of bounds shot, making it impossible to hole out in less than the 10 shot limit.

There are also reported problems with the uploading of pictures to the EA servers for the Photo Game Face feature. There seem to be problems mainly when the user attempts to browse for pictures on their computer.

One supposed glitch that allows you to take shots from the water prompted EA to make a video proclaiming that Tiger can actually walk on water. The action of taking a golf shot in the video game with a golfer standing in the water is known as the “Jesus shot”, in reference to Jesus walking on water.