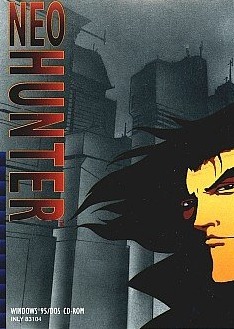 NeoHunter is a video game developed by American studio Ronin Entertainment and published by Virgin Interactive for DOS and Windows.

NeoHunter is a cyberpunk action game set in the future, and dialogue written by science fiction author Orson Scott Card.

Next Generation reviewed the PC version of the game, rating it one star out of five, and stated that "This is an awful game. Look at the box, you might not think so. ... But don't be fooled."