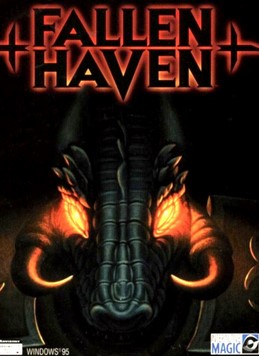 Fallen Haven is a 1997 computer game. It is a science-fiction themed turn-based strategy game. It functions on Windows 3.11, 95, and 98 computers.

The game depicts a battle between the human race and an alien culture called the Taurans, sparked by a misunderstanding.

Next Generation reviewed the PC version of the game, rating it two stars out of five, and stated that "In the end, Fallen Haven is little more than a good idea with poor implementation. With a few gameplay tweaks and the addition of the two-player option, Fallen Haven might have been great, but as it stands you're better off sticking with Civilization 2."