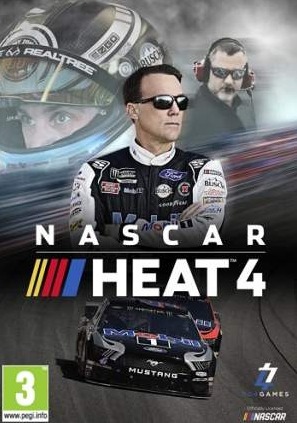 NASCAR Heat 4 is a racing video game simulating the 2019 NASCAR season. It was developed by Monster Games and was published by 704Games on September 13, 2019 for PlayStation 4, Xbox One and Microsoft Windows via Steam. Kevin Harvick is the cover athlete for the regular release of the game along with Tony Stewart, and Jeff Gordon is on the cover of the Gold Edition.

Along with the cover announcement, it was announced that the Xtreme Dirt Tour would once again return to the game, and that Tony Stewart would be a driver and team owner in the series. Players in career mode for the first time can start in any of the four series (NASCAR Cup, Xfinity, Trucks, and Xtreme Dirt). Additional updates to the game included different tire compounds for different track types and a track map.