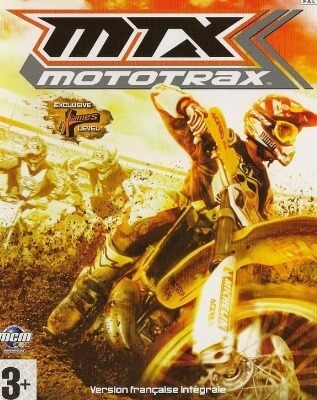 MTX Mototrax (originally under the working title Travis Pastrana's Pro MotoX) is a Motocross video game made by Left Field Productions and published by Activision for the PlayStation 2 and Xbox in 2004. It was released for Microsoft Windows and Mac OS X (Europe only) later that year. Both the Windows and OS X versions were developed and published by Aspyr. It was released in 2006 for the PlayStation Portable. The game was also set for release for the Nintendo GameCube console in 2004 but was later canceled. It was also planned to be released for the Tapwave Zodiac, but that was canceled as well when Tapwave went out of business. It features many of the top AMA Supercross/Motocross racers and X Games Freestylers of that time (2004), including Travis Pastrana, Nate Adams, Kenny Bartram, Carey Hart, Chad Reed, Tim Ferry, Mike Brown, Ezra Lusk, and many more. The first level in career mode is held at Pastrana's house.

The game received "generally favorable reviews" on all platforms except the PSP version, which received "average" reviews, according to video game review aggregator Metacritic.