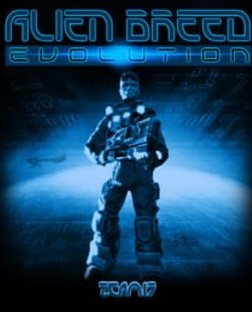 Theodore J. Conrad is an engineer on the spaceship Leopold when it drops out of hyperspace and has a collision with a mysterious ghost ship which is populated by numerous hostile alien beings. Just before the collision, Conrad is visited by the android Mia, who asks him why he is against synthetics (the name for androids in the game) and saves him from a piece of debris, from the ghost ship, that pierces Conrad's room when the collision occurs. Mia then sends Conrad to restart the Leopold's engines to avert both ships from crashing into the unnamed planet below. Conrad discovers that the engines are too badly damaged and boards the ghost ship to attempt to restart its engines. He discovers that the ship is controlled by an anti-human force and its defenses have been programmed to attack humans on sight. He eventually comes across a large pool, out of which a large alien rises during a communication from Mia. Conrad says to Mia, "I'll call you back", and ends the game on a cliffhanger.

In the co-op Assault multiplayer levels, two men, Thadeus Barnes and Eddie Vance, are trying to locate Conrad; they eventually find him in the engine room where Mia tells them that a hull breach in the hydroponics section threatens to destroy the ship. They volunteer to seal this hull breach; on succeeding in this task, their campaign ends.

Alien Breed: Evolution is a top-down shooter set onboard futuristic space craft. In each level, the main character, Conrad, is set a series of tasks, such as collecting key cards, restoring power, or escorting innocents, which he must complete before finding that level's exit in the form of an elevator. Standing in his way are several different types of aliens who will attack him, usually en masse. Conrad can run and shoot in all directions, and can collect a number of different weapons and items to aid him. The camera angle can be rotated manually in 45 degree increments. There are also several data pads to collect, which provide information on the different alien species that Conrad encounters throughout the game, back story information on the game's characters, and additional information on the game's locations.