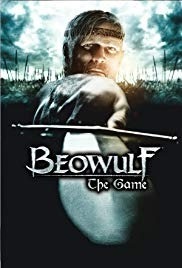 Beowulf: The Game is a hack and slash video game for Microsoft Windows, PlayStation 3, PlayStation Portable and Xbox 360. It is based upon the 2007 film Beowulf. It was released on November 13, 2007 in the United States. The characters are voiced by the original actors who starred in the film.

The story begins with Beowulf racing on a beach with a fellow Thane. On the beach they slay crabs and then Beowulf races with the Thane in the sea, where he is attacked by a sea serpent. He fights the serpent on a small rock structure but is defeated and thrown into the water; there, Grendel's mother appears and says he is her new hero, and grants him power. Beowulf defeats the sea serpent with his newfound power and returns to the beach where he was racing with the Thane.

Afterward, having heard the problem the Danes are facing, he goes to help King Hrothgar to stop Grendel, gaining Heroic powers on the journey. Afterwards, the player plays through the thirty years of Beowulf's life as king of the Danes, which was not seen in the movie. Beowulf gets to journey from Herot to Iceland, defeating demons and large creatures, from a giant hellhound to trolls.