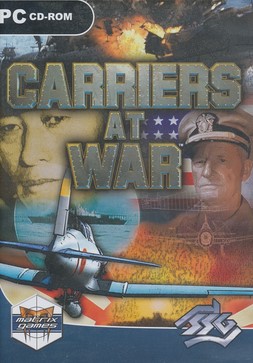 Carriers at War is a computer game series developed by Strategic Studies Group.

A 1987 overview of World War II simulations in the magazine Computer Gaming World rated the original Carriers at War four of five points and stated that "it excels in flexibility, options and limited intelligence". A 1993 survey in the magazine of wargames gave it three stars out of five, stating "Highly recommended for the 8-market", and rated the revised DOS version three-plus stars, criticizing the lack of a campaign. In 1994 the magazine said that the 8-bit version was "one of the first computer wargames to approach the complexity of board wargame simulations while still remaining playable and fun", and that the DOS version "was a milestone in computer wargame history".

And again on June 25, 2007 in Carriers at War Review at outofeight.info by Allen, James went over the updates in the most recent release.