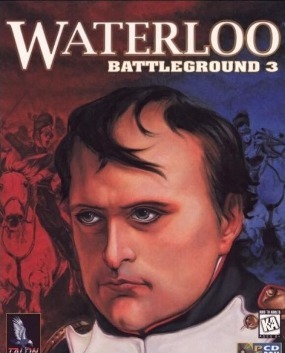 Battleground 3: Waterloo is the third game in the Battleground series. It was developed and published by TalonSoft and released on May 31, 1996.

The game features the Battle of Waterloo which was the final defeat for Napoleon Bonaparte and his French Empire.

Terry Coleman of Computer Gaming World reported in August 1996 that "BG: Waterloo had, according to Empire (the distributor for Talonsoft in the US), the highest 'buy-in' at retail chains of any historical wargame they've released this year."

A Next Generation critic said Battleground 3: Waterloo "is as good as PC war games get, featuring everything players could want in a turn-based bloodbath: historical accuracy, pleasing graphics, an easy-to-use interface, and strategic subtleties." He remarked that while the game only covers one battle, it has considerable breadth due to its many options, including the ability to play either a historically accurate campaign or a number of "what if" scenarios. He scored it four out of five stars.

The four Battleground games of 1996—Bulge-Ardennes, Shiloh, Antietam and Waterloo—collectively won Computer Games Strategy Plus's wargame of the year award for that year.

Waterloo was a runner-up for Computer Game Entertainment's 1996 "Best War Game" prize, which ultimately went to Tigers on the Prowl 2. The magazine's editors called both games "top-notch".

In 1996, Computer Gaming World named Waterloo the 115th best game ever. The editors wrote, "The grand age of warfare comes to life with colorful uniforms, delightful landscapes, and above-average opponent AI in this recent release."

All games from the serie "Battleground"