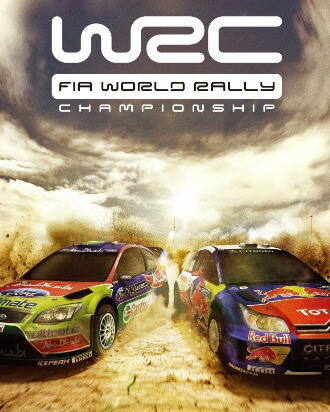 WRC - FIA World Rally Championship is a car racing video game based on the 2010 season of the World Rally Championship (WRC). It is the first game to be officially licensed by the WRC since 2005's WRC: Rally Evolved, and is the seventh game to bear the WRC licence. The game was developed by Milestone srl and published by Black Bean Games. The developer had also created Superstars V8 Racing and Alfa Romeo Racing Italiano.

There is also a downloadable car pack featuring many Group B rally cars from the 1980s available via Xbox Live Marketplace and the PlayStation Store.

Car models contain around 50,000 polygons. The PC version of the game does not support Multiplayer LAN mode, it supports single player, a party mode on the same PC and Online Multiplayer using a GameSpy account.

The game received "mixed or average reviews" on all platforms according to the review aggregation website Metacritic. It got to number 9 in the UK sales charts. In Japan, where the game was ported and published by Cyberfront on April 14, 2011, Famitsu gave the PlayStation 3 and Xbox 360 versions a score of all four sevens for a total of 28 out of 40.