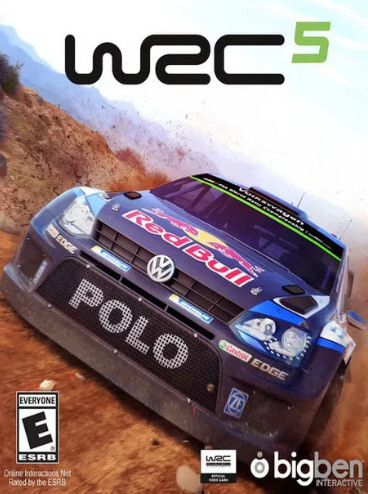 WRC 5 is a racing video game based on the 2015 World Rally Championship season. The game was developed by French developer Kylotonn and published by Bigben Interactive for Microsoft Windows, Playstation 4, Playstation 3, Xbox One, Xbox 360, and PlayStation Vita platforms in October 2015. This is the final installment of WRC for PS3 and Xbox 360.

It is the first WRC game for eighth generation consoles and as the official video game of the 2015 World Rally Championship season features cars and rallies from the 2015 season, including support categories, and a total of 400 km of stages. The game also featured British indie rock band Bastille's song "Pompeii" in its intro.

IGN said "A restart from scratch for the WRC series, but does not leave a mark in the mud of the World Rally Championship." The official UK PlayStation Magazine said "Rough around the edges, yet with plenty of fun to be had." Game Informer said "While WRC 5 offers a decent experience, it lacks bite or any distinguishing characteristics."