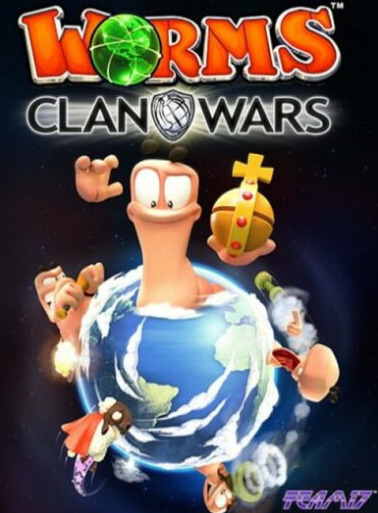 Worms Clan Wars is an artillery turn-based tactics game developed by Team17 and is part of the Worms series. It was released on Windows on August 15, 2013, but is now also available on Mac OS X and Linux.

Gameplay follows on the earlier games of the series, in which teams of worms take turns to use a variety of weapons and items in order to eliminate the opposing teams. The game, like Worms Revolution, has four different classes each improved with new special abilities. This is also the first Worms game to add Steam Workshop support.

Worms Clan Wars has improved online gameplay. The game allows players to create clans and chat on WormNET, the game's own lobby and chat system.

Worms Clan Wars received mixed to positive reviews. It currently holds a Metacritic score of 73/100 and a GameRankings score of 73.89%.