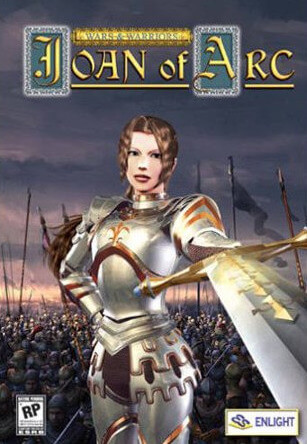 Wars & Warriors: Joan of Arc is a historically based computer game. Developed and published by Enlight, it was released in 2004. The player assumes the persona of Joan of Arc and leads the French in their attempt to win the Hundred Years' War. The game combines aspects of real-time strategy and action.

While the game has both action and strategy aspects, action predominates. Playing as Joan or one of several other French commanders, the player uses a variety of weapons to defeat enemy English soldiers. As the game progresses, the player gains combos and special attacks that enable him or her to defeat the English more effectively. The player also controls the French army and directs it in battle. There are eight levels, each featuring multiple objectives.

The game received "mixed" reviews according to the review aggregation website Metacritic. PC Gamer said that it "deserves the same fate as its namesake".

(0) Comments on "Wars and Warriors: Joan of Arc Full Version"