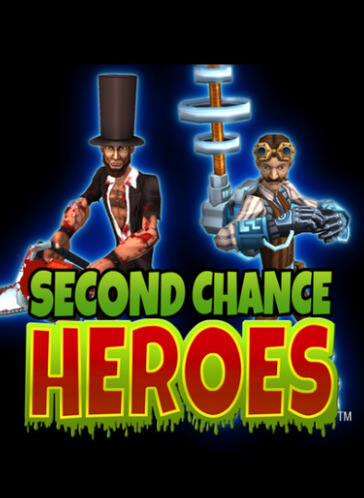 Second Chance Heroes is a 2014 action role-playing hack and slash video game by Canadian indie developer Rocket City Studios that revolves around clones of historical figures fighting enemy forces in an apocalyptic arena. It was released on July 4, 2014. Shortly after the games release it was removed from all app stores and digital marketplaces. The reason is currently unknown as the developers lips have remained tightly sealed.

The game will feature a variety of clones of historical figures including Abraham Lincoln, Joan of Arc, Napoleon and Elizabeth I, to name a few, as they fight their way through swarms of enemies during 26 apocalyptic levels.

The Microsoft Windows and OS X versions of the game were originally due to be released on June 20, 2014, but due to the Steam Summer Sale, the game was delayed until July 4, 2014.