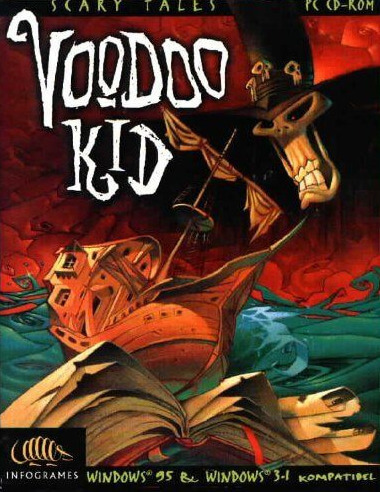 Voodoo Kid is a graphic adventure game published by Infogrames and released in 1997.

The unnamed protagonist (who can be chosen to be either a boy or a girl) is magically transported aboard a haunted ship where the player must make his or her way through the vessel and confront Captain Baron Saturday.